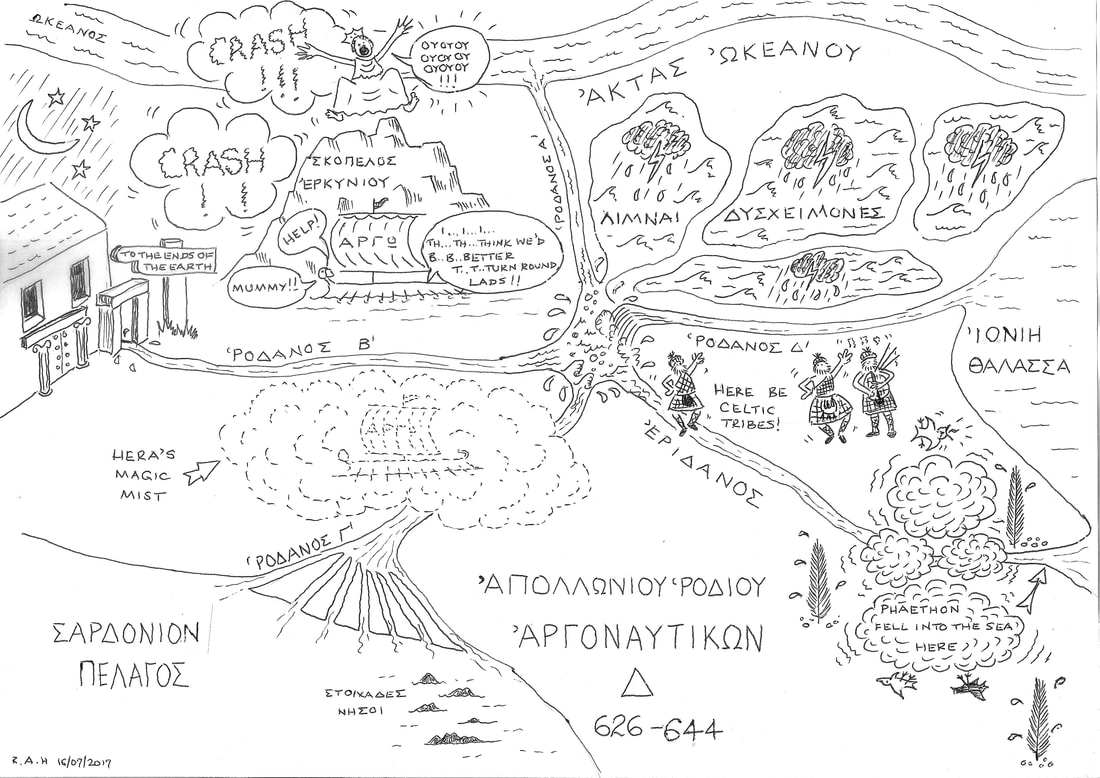 Map showing the fantastical route of the Argonauts over and through the top of Italy via the Po and the Rhone. 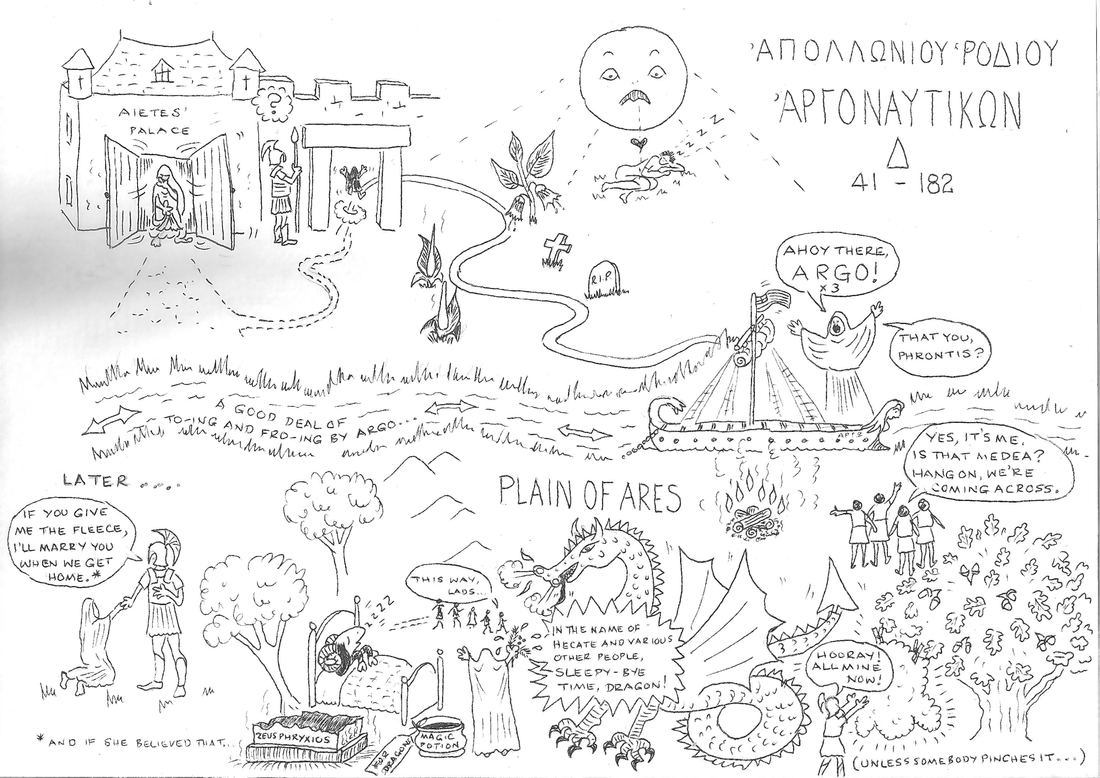 Manoeuvres in the dark-or escape from Colchis